Alaaf and Kickin’ Mixtape 028 by Mitch: 24 Hours From Culture 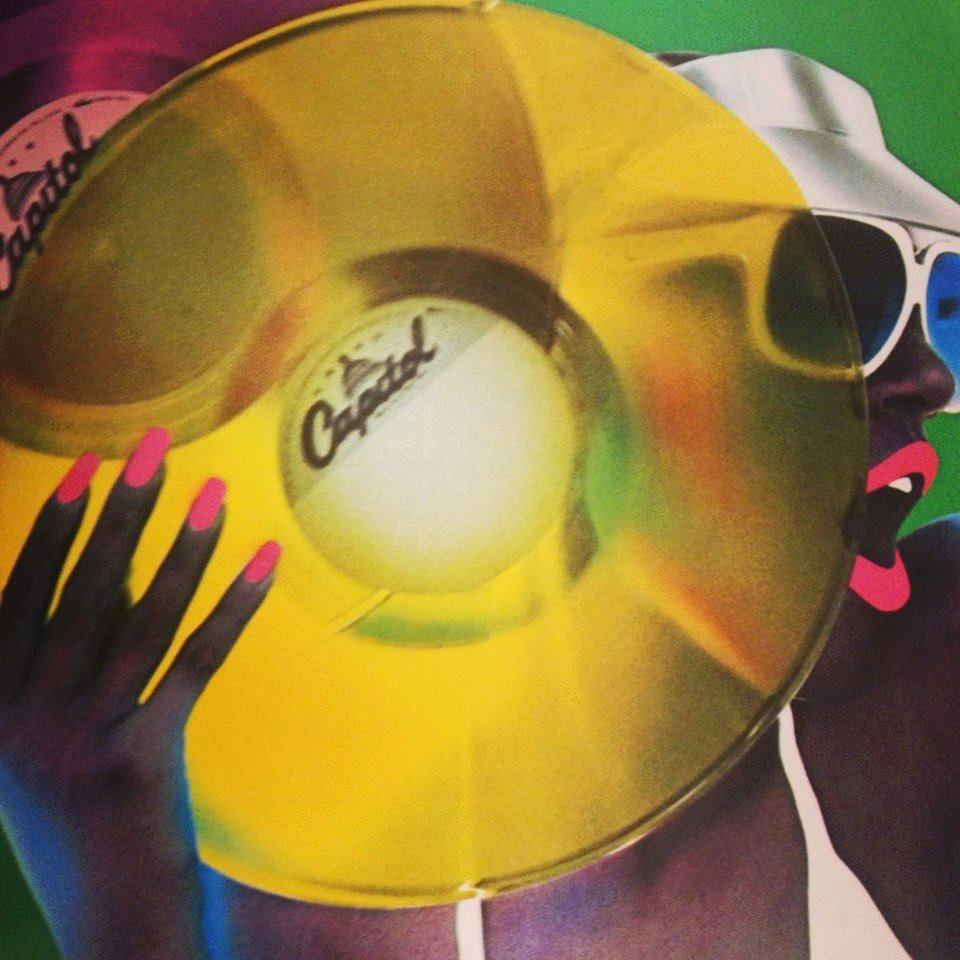 It’s simply impossible to imagine Cologne’s nightlife without Mitch. As a host of Cologne Sessions, Night of the Jaguar, Discoteca and – occasionally – the Ki Label night, he is not only the mastermind behind some of the best parties in town, but can also call himself one of Colognes most versatile DJs. Being mostly known as a late-night DJ, ranging between Detroit-, Acid-House and Techno, Mitch is happy to share a different side of his musical taste in his Alaaf and Kickin’ Mixtape: Click and listen to meet a more mellow Disco-Michi in 80 minutes of pure goodness. Mitch will be playing at our Sunday Groove wrap-up party in September. What kind of treasures will he take out of his diverse record-box for the Schräge Wiese? Well, don’t be shy! Come down and find out!

What was you initial idea or roadmap for the mix?
Well, I have to go a little off topic here. I wanted to do something different than a usual club oriented techno/house mix that I am normally known for to play out. But my music collection is vast and goes into many different genres. It’s filled with music that I collected over the last 15 years and mostly got to know in the glory days of music blogs. These times unfolded great opportunities to discover new music and I started to collect a lot of obscure, old and rare stuff. It was the times when there were blogs from some random music lover from somewhere around the world who digitalized his whole vinyl collection he carefully selected over years. So much music that I would’ve never heard of was out there ready to be discovered. And most of the music that you could find is still not available anywhere in shops digitally and probably never will be.

I remember one page by a guy called Jörg from a german region called Wendland. That guy just digitalized his whole post punk collection and also a bunch of great Ash Ra Temple and other Krautrock stuff. There were also other blogs that only had early Synthesizer music from the 70s. Pure sex for someone who’s open to discover new music. I was obsessed. One blog that stood out was the now defunct „As restless as we are“ curated by two guys from Texas that mainly wrote about music from 1975 to 1985. Amazing selections and the whole aesthetic was just what I was looking for. It turned into my daily read and the mixtapes these guys made were a big inspiration to me.

Anyway, this is going too far off topic now. A lot of the music I put on this mix was from an Italo obsession I had back then. I felt the urge to slowly start buying all this music that I loved on Vinyl. It’s not an option for me to do a mix digitally since I only play vinyl. Also to do a DJ Mix on the computer with a sequencer is absolutely no option for me. I’m just too lazy for that and also for me it’s not a fucking dj mix if you don’t do it live in one take and from scratch, including mistakes. I selected the tracks for this mix 1hr before and recorded the mix at Jannis place in one take. Never listened to the records in this order before. It was tricky at some point because of the pitch tempo and some tracks change their tempos due to no quantization. I knew it would be challenging, but, fuck it. I had fun and I always do my mixes like that.

Can you tell us something about certain tracks you selected?
I tried to select a few tracks that would fit the Alaaf and Kickin’ spirit I got to experience at your open air party’s. So “Float On” was the perfect opener. Then it just went along. The track by RIS “Love N Music” I once played back in 2011 as an opener on the crowded mainfloor of Kater Holzig in Berlin and everybody went crazy. So I have a special connection to this “cross over hit” that seems to get everyone. Just like at the AAK Open Airs, where there are people from everywhere. Haha. Frank Duvals “Ogon” is just pure Synth Power. Amazing record! The track “Walk The Night” is one of my favorites since a long time as well. I don’t know any other discoish track that combines with any techno/house set better and even has guitars! The last track is an edit that always gives me goosebumps when I just think of it! I love all the tracks on there, but honestly, some of them I only listened to maybe 10 times before. I’m not a big fan of stuffing a DJ Mix with All-Time-Favs. I need to surprise myself even with something that’s made to last, like this DJ Mix.

Your mix has a certain cheesiness, which I think is very refreshing and bold. Is that something you are missing from Club DJs– the guts to be cheesy?
No, not really. Nowadays it’s pretty normal for DJ’s to have the guts and put some variety in their sets. Anybody can do what they want and if they master it, that’s fine. It always depends where you play and what you want to achieve when playing. I like variety, but sometimes I stand in my own way because I don’t draw a clear line. Sometimes I think: If you’re playing a techno set, stick to fucking techno and don’t jump over to disco. If you’re playing a Chicago house set don’t jump over to techno. That’s something I often have to force myself to slowly go there and not just be like “Oh, I still want to play this and that and this” and in the end you’re just not taking people on a journey. You’re forcing them to follow your weird mind. Haha. As a DJ your supposed to please people and to surprise them at the same time! Not only challenge them.

But honestly, I hate monotone DJ-Sets that just stay on one level all the time. It can be any style, let it be Minimal, Tech House, House, Techno, Disco whatever. It’s a matter of your personal taste, so I’m not in the position to decide whats good and whats not, or gutsy. Anyway, yes, I love cheesiness! It’s just pure power of the 80s, fat vocals, synth lines that express pure emotions and sexiness in the air! What can be better than Vocals about love and passion reduced to be an element of the music? It doesn’t matter if the vocals make sense. They just have to sound fucking fresh!

Tell us something about your love for Italo-Disco.
Well, much of it is already said. I first got into Italo Disco back when “Electro Clash” was really big. Around the millennium. Actually it was electro first. The first Dopplereffekt Album “Gesamtkunstwerk” brought me to I-F’s “Fucking Consumer” and then of course the whole Electro Clash thing was big and with it came Italo. In between there was the ongoing Drexciya obsession which is still strong today (But that’s another subject). Haha. Italo is a long love and I immediately fell in love with the whole aesthetic and combination of timeless design and cheesiness: The covers of the records, the instruments used, all of it! Also the historical aspect, when some Italo records were way ahead of their time and sounded like Proto House or early Detroit electro, inspired me a lot. But recently that love lost it’s passion a little bit. I’m not obsessed anymore. We’ve been fucking too much around in the last years and I spent a lot of money on that bitch.

But the Italo Sound is always alive. I’m more into straight Techno lately but there seems to be a new wave of music coming out of Germany that caught my attention in the last years like Lena Willikens, Barnt or Helena Hauff. What they’re doing is a great combination of 80s style sounding industrial stuff with modern aesthetics. It sounds like it’s produced with the same machines as Italo was, so there’s also a connection. Just darker and dirtier. Love it! Haha

There have been a lot of rumors lately about that new Italo Disco DJ in town called Donny Dolce. You’ve heard about him too, or did you guys even meet?
I met Danny a few times. He’s a legend in the Italo Disco scene you know. He doesn’t need to prove anything to anyone. Straight up Playboy!