Alaaf and Kickin’ Mixtape 042 by Diana Jones: we dance then we don’t 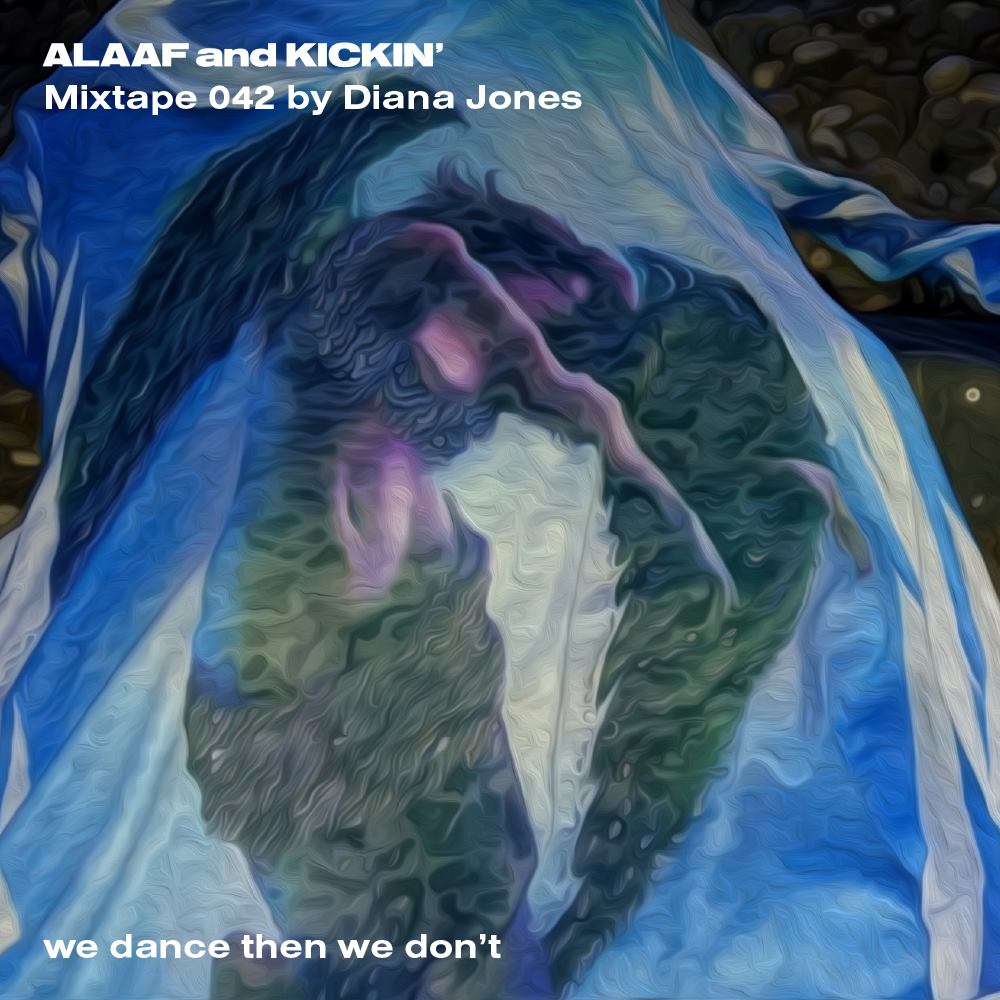 Alaaf and Kickin’ Mixtape 042 by the great Diana Jones aka Meryem Erkus – mastermind behind Sounds Wrong, Feels Right, Baustelle Kalk, GOLD + BETON (and many other projects in Cologne)

What was your initial idea or roadmap for the mix?
Actually there was none – it is a super impulsive selection, following difficulties with both some fucked up CDJs and my “something is always wrong”-USB drives. In the end, the mix is a neat combination of my all time favorites and impulses.

Can you tell us something about certain tracks you selected?
A lot of the tracks are by either friends or acts that I have invited to Cologne before or with whom I plan to work in the future. To point out just some of them: I am obsessed with the Lee “Scratch” Perry Dub Remix of Forest Swords’ Thor’s Stone, an artist who played one of the most magical shows we ever had at Baustelle Kalk.
Also I couldn’t resist adding two of my favorite tracks of our baumusik Christmas Compilation “It is a rose, a raisin”:
- CAMP INC’s track “Dizzy Plants” which features Han Brock, one of the most promising and inspired young musicians of Cologne – a mysterious artist with a thousand different names.
- Abel’s “Das Blaue Nichts” is a very special track for me, not only because it is his first production after 10 years, but also because the Danish poem is recited and translated by the great Janina Warnk, Cologne’s infamous performance/scenographic/fantasia-singer/artist.

You’re running a number of really interesting projects in Cologne: the concert and art space “GOLD+BETON”, “Baustelle Kalk” and the concert series “Sounds Wrong, Feels Right” – only to name a few. What is the coherent idea behind all these projects?
I like to describe myself as a hybrid in all my presence. I feel like I found my own way to describe my work in its whole and it is kind of fun to plant the new idea of a fluid life-work-fun quality into the heads of let’s say black & white thinkers, capitalists etc. Don’t assume other people’s borders are your own borders, just because it is convenient or something. Especially if it comes to music, I value the fact that our guests come to the show with the expectation not to know what to expect. See what’s possible, what’s available and turn it into something real!

What do you think is lacking in the nightlife in Cologne? And what potentials do you see?
Like all of us I too, have a quite ambivalent relationship to the city of Cologne. Of course I wouldn’t be living here, if I didn’t love it. But the fact that you sense zero willingness from the city council to appreciate, support, fund or even just tolerate alternative club-/art-/(sub-)culture adds doubts to all your work constantly. I am happy that I did not yet reach the borders of my very own possibilities in this city. I am not yet finished with this town and I am still confident that the page will turn within the next 2 years. I do have several bigger projects and plans in the pipeline. If only one of those could get some official support, it would send a very strong signal and new input for a lot of us. But if nothing will change in the near future, I wouldn’t have a lot of hope for Cologne ☹

Plans for the next months – DJ-Gigs, Parties, Concerts?
- 1st prio: summerbreak, now!
- My season kick off is on 29.8. with a live show of the legendary kraut/world/hippie combo Embryo, down at GOLD+BETON.
- Night Of Surprise on 20th Oct will be one of a kind as usual and of course accompanied by me and Nicole Wegner as the Night of Surprise all time residents ER&WE.
- Unfortunately I am not yet allowed to reveal our Sounds Wrong Feels Right artists. Dates: 24th Oct, 8th November. Stay super tuned for updates, because: lit!
- Other dates:
6.10. Diana Jones @female:pressure, w/ Electric Indigo, Kyoka, Waltraud Blischke / STUDIO 672
7.10. Art Initiatives Cologne – AIC ON Abschlussparty w/ live shows, performances, DJs / details TBA