Alaaf and Kickin’ Mixtape 044 by Equations Collective: Drifts and Rifts 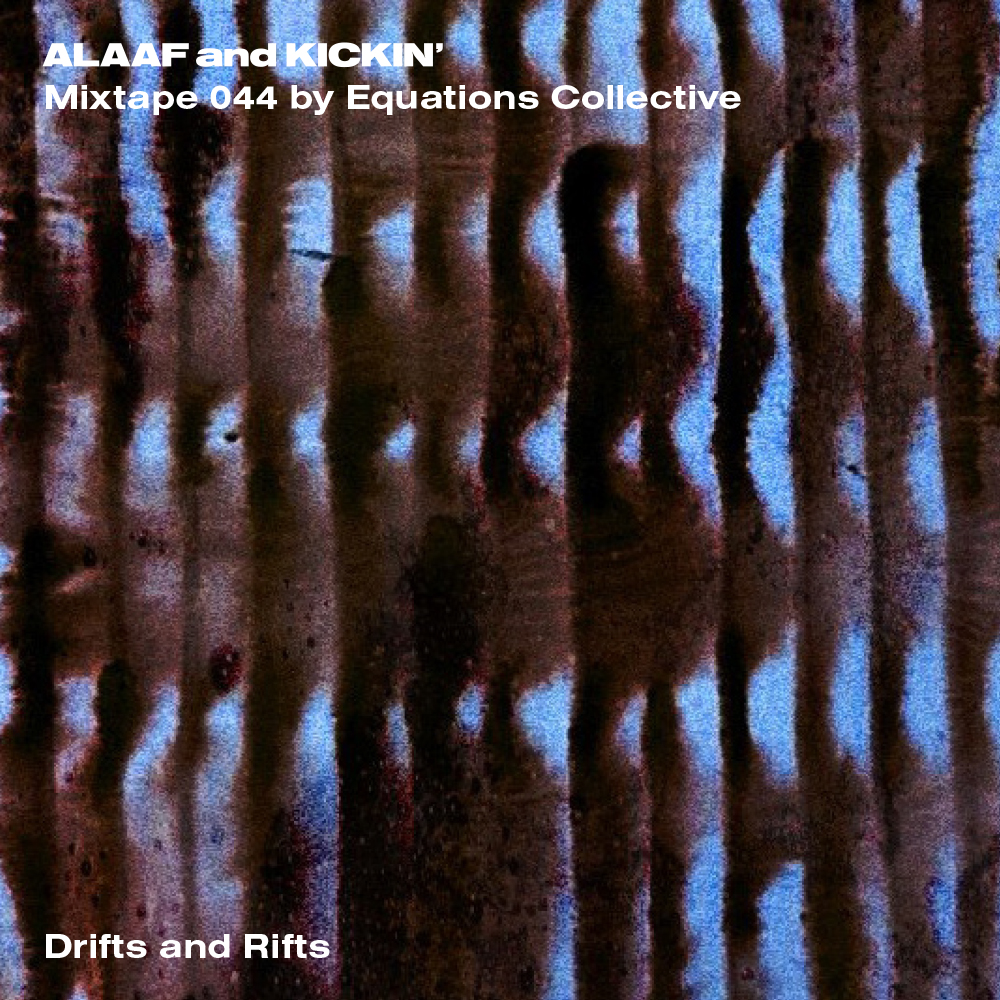 What was your initial idea or roadmap for the mix?We wanted to create a journey with music that excites us and has a slightly wavy touch. Before we started, we discussed the idea of a landscape of sounds, which integrates the different sources of inspiration. A landscape, which pulls you into itself, which drags you down into darker spheres and allures you to lose yourself in it.Can you tell us a little bit more about certain tracks you selected?It is difficult for us to pick out a few. You also don’t pick your favorite children, right?

Unfortunately we do not have any glorious stories connected to certain tracks. It is just music we listen to and that we gathered over a longer period of time. Now they are all arranged and united so maybe that’s the story you were looking for?What’s the story of Equations Collective?We came up with it because we needed a name for a party with improvised live sessions. We all had a love for old jazz records, the free spirit atmosphere, the unlimits of improvisation of it and we especially all shared admiration for Sun Ra and his following. It was a common factor in all our musical development. We did some research about his DIY approach, his philosophy and in the end also read his poetry, which he himself called “Equations”. We liked it for several reasons. First of all it was connected to his approach but it was also still far away from it. We did not want to be understood as white-european copy-cats. Secondly we recognized the slogan “The first true universal language” of the Mathematics label and saw a connection that we could relate to. Who’s involved and what’s the idea behind it?For the first party at Sameheads in early 2015 it was Derek Van Beelen (D), George Konstantoulakis (Aphelion, Archaic Space), Michael Kraus (Sphera De Noumenon), Nick Lapien (Artefakt, Metropolis, Lapien) and Robin Koek (Artefakt, Cyspe). After an excellent edition at Acud with Jesse Scherwitz, Julius Richter and Magnus von Welck (Aroma Pitch), we invited them to join the collective, because we shared a similar approach and love for no-rules-no-plan live sets and collaboration. Some of us share time in the studio now and help out wherever necessary in order to push the collective effort in, Amsterdam, Cologne, Berlin or Athens.We all try collectively to find a similar rhythm, a common wavelength and collective frequencies within our time and space with our music. We do this in the form of the Equations parties with improvised and collaborative live sets, which can last all night long.Unfortunately, until now, we are a boys club and we would like to involve more ladies, who are up for some live impro action in the future!On your Soundcloud account it says: „Intimate vibes served for life-long improvisers“. What is it about improvised music that speaks to you so much?With our musical background we all see synthesizer and drum computer as real instruments, which we like to experiment with. Improvisation is automatically part of our every studio-day life and we like the idea of transporting that moment of “here and now” to clubs and stages. Sharing unexpected rhythms and sounds with other musicians on stage and an audience just makes so much sense for us, even if we take a gamble with it.Improvisation in the techno context is still a niche and we like to push that more, creating new formats in clubs, where musicians engage emotions, challenge technique, and free the imagination, while the public is part of the “extempore”.We believe that the dancers are aware of the fact that the music is improvised and are more attentive than usual. With the function of syncing all instruments, endless grooves and endless dancing it offers the same possibilities as dj sets. Using the same set-up for one whole night of jamming live techno gives a unique possibility of falling in trance even more.
As Derek Bailey once said: “When a species can not improvise, it will die.”
Besides all that, it’s just so much fun to fuck around with your favorite gear and see people enjoying it!Are there any upcoming shows or projects we should know about?We just got a new date at OHM for Equations on the 31st of August and we do the Hinterland party together with Philipp Matalla at Schrippe Hawaii on the 7th of October. 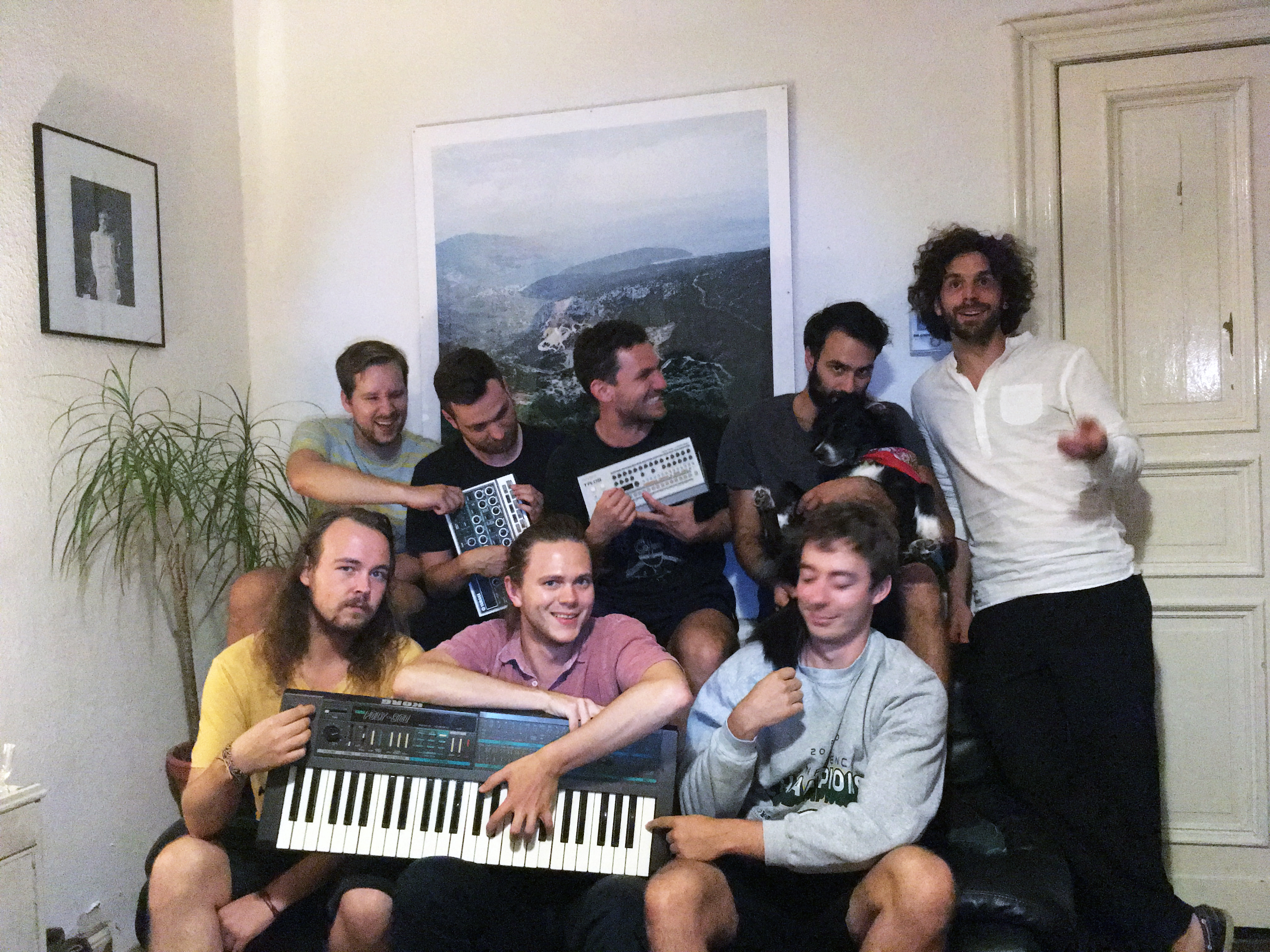