Alaaf and Kickin’ Mixtape 046 by Dj Rijkaard: The Thirsty Man 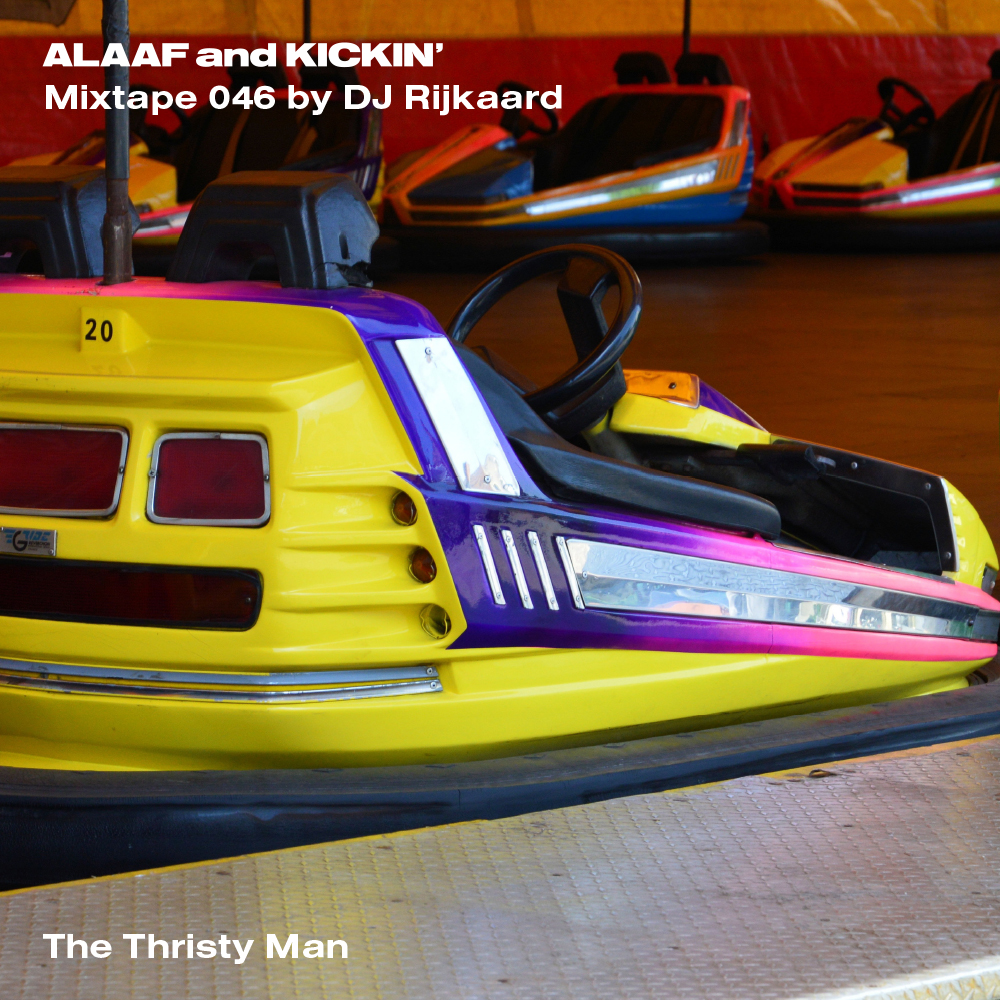 DJ Rijkaard (aka Peter) lives and works in Leipzig, where as part of the ‘Young Shields’ crew he invites great artists to play, contributing to the already vibrant scene there. He also happens to spin some high quality tunes himself, and is one of the nicest people around, so asking him to do the 46th edition of the fabled Alaaf and Kickin’ Mixtape was pretty much a fait accompli…

What was your initial idea or roadmap of the mix?
Thanks at first for let me doing this although I’m not really sure who wants to read an interview from me. Unfortunately I’m not really good in planning a mix or even being a „concept-dj“, so i only took some records out of my shelves and started. I mixed it in „one take“, (as you may recognize through the sloppy transitions) cause i hate to do mixes twice. I should mention that i bought three records from the mix just that day at „Vary Records“ in Leipzig (Highly Recommend) and some of them a bit earlier at „Possblthings Records (Also highly recommended).

Can you tell us a little bit more about certain tracks you selected?
Hmm.. maybe about the „Catcammer Orchestra – In the Disko“ reissue on Mond Musik. I once played with the infamous dj Clifford at Acephale in Cologne. It was a real nice b2b session. When i played the catcammer record he called me an „a***hole“ just because i have it and he obviously not. So i thought it would made him even more jealous when i put it in the mix.

About ‘Young Shields’ – what are you doing and what is the inspiration?
I want to quote our SoundCloud page (highly recommended too) here: „WE DO THINGS. It´s about music, It´s about friendship It´s about personal politics“ Basically we’re a group of friends doing partys on a regulary basis in different locations with a focus on new (at least for Leipzig) and fresh artists as well as on befriended djs from Leipzig and other places. Beside of that we like to get tipsy and dancing to „Bumm Bumm“-music. Next things up are: 07.12. Young Shields x Channel at IFZ w/ Samo DJ, P Relief, DJ Sling and Mix Mup 26.01. Somewhere in Leipzig w/ No more informations incoming

And how do you feel about the music/party scene in Leipzig in general?
I´m feeling always tired when i go to work on monday cause Leipzig has a real strong and vivid scene for its limited size. When i moved to Leipzig it was all about the „Freiräume“ and D.I.Y. culture, but since a few years the party scene gets more and more professional. There are a lot more (big) clubs coming up in the last years and even more will come. I think we’ve to see where it goes which also means that Leipzig is still exciting and changing. For further informations, check some personal favorites: Conne Island, Possblthings Records, Vary Records, Institut für Zukunft, Kr.e.V., G-Edit, Aerger, Proto, Feat. Fem, Pivo, Schnellbuffet Süd, Mikrodisko, Pulse Drift Recordings, Bitterfeld Records, Pra?ht, WolkigMusic, Rat Life, Kann, IO, Bau, Interceptor Editions, Young Shields, Plastic House, SpaceDisco, BioSynth, Connwax, No Show, Italo Fundamentalo, clear memory, income tax refund…

Most of us in the A&K crew are (somewhat reluctant) football fans, so we have to ask: Why ‘DJ Rijkaard’?
Does that mean you go to the „Effzeh“ instead of after hour? Must be painful at the moment. I´m a football fan too, but in the Young Shields crew i think we are a minority. Back to my moniker: I’m really bad in giving „things“ (like this podcast, as you may see) good names and my real name doesn’t nearly have the same charm as „Clifford“ for example.. So i found this sticker on my former shared flat with the words „Love Football – Hate Germany – Rijkaard Jugend“ on it. Cause I’m also a big fan of dutch football i just took it for lack of a better one. It´s almost always written wrong on flyers, which i really like.