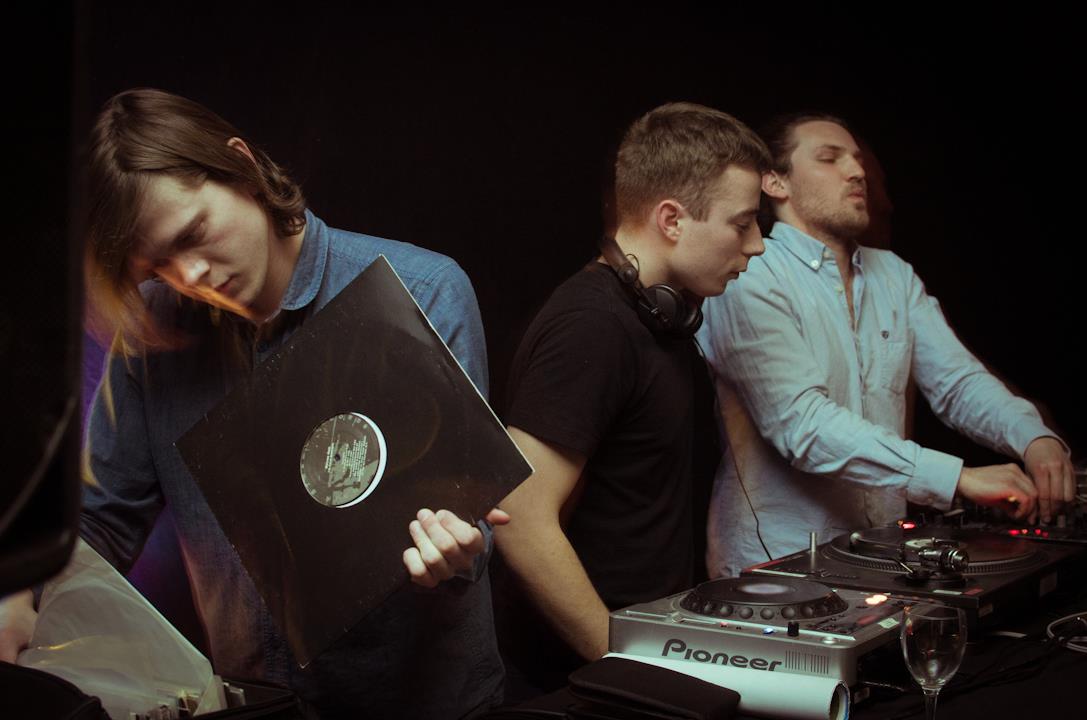 It’s now seven years ago that Magnus von Welck, Jesse Scherwitz and Julius Richter invested their pocket money into some gear and started jamming in Magnus’ basement. Nowadays their schedule is jam-packed with DJ and live gigs in places like Cologne, Berlin, Brussels, Oslo, Austin and – coming up – Dimensions Festival in Pula. Their mixture of rough Detroit-influenced rhythms, soulful synthesizer cords and playful acid-lines made us dancing wildly countless times – usually at their own party “Cologne Sessions”, our most favorite venue in town which you should definitely check out once coming to Cologne. Berlin residents can see them play at least once a month at Humboldthain. Check out their beautiful 60-minute ALAAF and KICKIN’ guest mix, also featuring an exclusive track from their upcoming “High Five EP”, which will be released on their own A•P•R• label in July!

What was your initial idea or roadmap for this mixtape?
Basically we played records we just got and which we’d like to listen to at home. Nevertheless we’re trying not to drift too far away from the musical style that we would play in a club. Our approach was rather spontaneous. Each one played one record, rotation-principle. By the way: this was the first time that we recorded a mix at the Humboldthain club in Berlin, so we could listen to the music on a big soundsystem.

Most of the time you guys DJ as a duet or as a trio. What do you find so exiting about playing back-to-back?
DJ’ing together is just so much fun! We love to surprise and share the joy with each other. Also, we can always talk the set over while playing and we have more time to dance and enjoy the music!

Can you name any producers you really like and who inspire you for your own music?
Just to name a few: Kyle Hall, Funkineven, Greg Beato, Omar S, Drexciya, Juju & Jordash, Efdemin, Floating Points, Jay Daniel, Shed, Cobblestone Jazz … and last but not least Magic Mountain High. Their last gig at our Cologne Sessions was really inspiring because of the way they improvised and interacted spontaneously during their live-set.

Since you’ve started you were always a DJ-trio as well as a live act. In which way do these disciplines affect each other in your case?
They definitely influence each other: Of course your favorite tracks will inspire you in your own work, and as a DJ you’re always hunting for new music. On the other hand, by producing your own music you develop greater attention and a better ear for single elements as well as the whole structure of a track, therefore you really learn to appreciate good songs. You’re able to say: “I liked that particular element, for this reason … ”. And being a good listener teaches you a lot for your own productions.

You’ve been on the road quite a lot in the last months, you’ve been to the SXSW Festival in Austin, Texas, and this summers highlight will probably be the Dimensions festival in Croatia …
We are really grateful for these great opportunities to get around in the world. Being on the road together is especially beautiful, once again because a joy that’s shared is a joy made double. By the way, for keeping the balance, being three people is quite helpful. The Romans already knew about the advantages of triumvirat …

The podcast features the track “Austin” from your new EP “High Five”. What can you tell us about the track and the EP?
“Austin” came up spontaneously during a live-gig. When we listened to the recording we liked it and decided to release it. So we re-recorded “Austin” at another live-session in our studio. The record (A•P•R• 002) will include four more tracks and will be available in two or three weeks – unfortunately a little later as planned due to a delay at the manufacturer’s side. Next Saturday (21.06.) we will celebrate the release at Gewölbe, everybody who reads this: We would love to have you there! We’re looking very forward to this, as well as to our after-show set at the ALAAF and KICKIN’ Sunday Groove the following day!