The first Techno track ever by … Herbie Hancock? 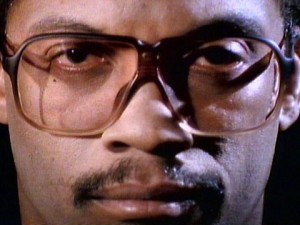 I believe that many of us would think the first Techno-track ever was created by the hands of Kraftwerk or guys like Juan Atkins, and there is no doubt that these people influenced and shaped Techno as we know it today.

But actually in 1974, 11 Years before Model 500´s “No UFO´s”, none other than Herbie Hancock made a piece of music way ahead of his time that some people even claim to be the very first Techno-Track ever made.

It´s not a secret Herbie has always been a great innovator and developer of Jazz, such as Funk and Fusion. Due to his love for engineering and experimenting with new devices, a lot of his music was characterized by the use of electronic instruments and with the invention of the ARP 2600 Synthesizer in the 1970´s, Herbie found himself a new toy that clearly shaped the sound of “Nobu”, giving it a touch of Techno, which is amplified by the repeating chord-line in his left hand.

Without discussing further if it´s rather Jazz, Techno or something completely different, I just want to leave you with the track and let you build your own opinion about it. Personally I don´t think it really matters what we call it. What actually matters is that “Nobu” is a timeless masterpiece, which every electronic music enthusiast should know.

Gay Marvine’s On The EMS

Chuck Hampton aka Gay Marvine is a real master when it comes to the art of editing. Although the fifth volume of his Bathhouse Etiquette Series is about to be released this summer, he seems to be known by few and you can’t find much about him on the internet. The edit that I’m going to present really amazes me, because it breaks out of the classic form of editing, which is mostly used on disco records and normally does not really improve on the original.

The Original: Pink Floyd – On The Run

A gloomy Pink Floyd song from the infamous “Dark Side of the Moon” album, containing nothing more than a fast and evolving 8-note loop, crunchy helicopter sounds and some weird vocal recordings. Doesn’t really seem like club material right?

So what did Gay Marvine do to turn this thing into something that you can actually dance to? The answer is actually quite simple: He added drums!

Almost just by looping the beginning, slowing it down and adding some simple, but powerful drums Gay Marvine managed to present the track to a completely new audience, giving it a new meaning although the main part didn’t really change.

The track actually is a quite good example on what editing should really be about. To me there is nothing more profane than a heavy four-to-the-floor bass drum added to a disco track, so you can play it in a club – and put your name under it. The difference between that method and Gay Marvine’s “On The EMS” is that he put something that wasn’t really danceable in the beginning, or at least not at a normal tempo.

The result: a heavy and impulsive late-night clubbanger that in no way lost its dark and psychedelic flavor.

Mahogani Music, the label run by Kenny Dixon Jr. aka Moodymann released this dreamy piece with gorgeous footage from a Detroit rollerdisco, featuring various tracks from the master himself, who still frequently plays in this very venue, of course armed with a microphone and his finest disco records on vinyl. You got to check out this recording – live and direct from the rollerskating jam:

Rollerball enigma and silhouetted man-on-the-mic Kenny Dixon Jr. aka Moodymann is one of the most enigmatic and charismatic figures that house music ever bred. Despite his refusal to give interviews and play the press-and-promo game, Kenny’s voice has been clearly amongst the loudest when it comes to preserving the rich heritage of Afro-American music, while fighting the music industry powers that be. Blessed with an immaculate way of sampling, he takes stems from blues and soul, and respectfully takes them onto the next level …  (➝)

What You Think You Want

Somewhere on the internet I stumbled over this video. It reminds me of the funny times when we were all wearing way too big pants and listened to the newest Lloyd Banks album or whatever. While feeling really hard and ghetto, our big problem was that all the braces and pimples were kind of undermining our street credibility. The fact that we were about 1,5 meters tall also didn’t help. So we looked up to these And1 legends, which were completely killing it on the court.

This clip gives a little credit to them, featuring a bassline that feels like an evil force straight out of earth’s core, crafted to get you goosebumps.