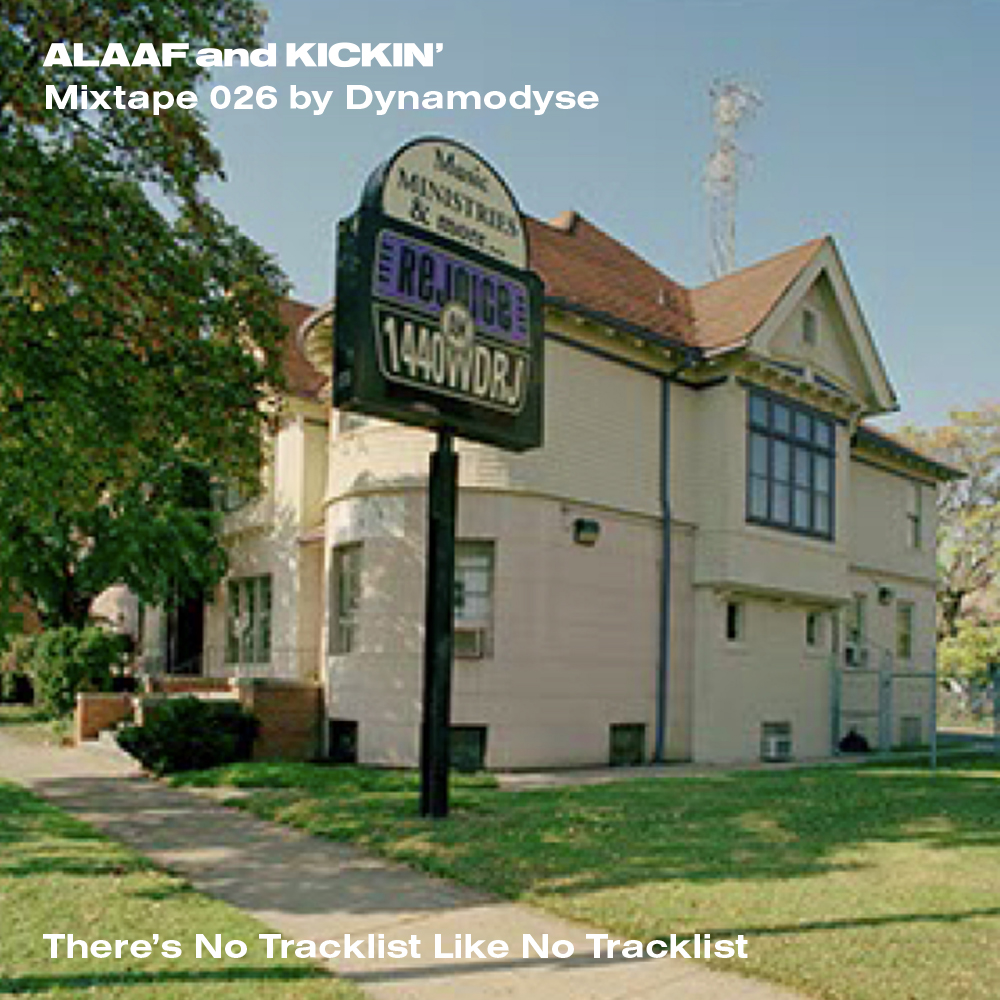 Alaaf and Kickin’ Mixtape 026 comes from a man with one of the most terrible and fantastic DJ pseudonyms in the universe: Dynamodyse. We’re more then happy about that – not only because Dynamodyse is booked all over Europe and can look back to several fantastic releases on We play house Recordings. Dynamodyses record collection spreads from Jazz over Intercontinental Dance to House and Techno – a wide musical range that fits perfect into the Alaaf and Kickin’ profile! He is also a fabulous photographer and you should definitely check out his series on Detroit called “A Number of Names”! But enough talking – have fun with his Mixtape, ladies!

What was your initial idea or roadmap for the mix?
To be very honest this was the first selection. When I started to look for records I took some and played them  in a row, because I like these traxx. I thought that this is it. I wanted to show some variousity without making things to complicated or geekish.

Can you tell us a little bit more about certain tracks you selected?
There´s something to say to almost every track because everyone has it´s specialties, but I think that the tracks speak for themselves! In this selection u have different tempi, different genres and moods wich you cant project on a dancefloor, at least not in this order. I haven´t found a club/crowd yet were this would be possible but I´m still looking for it.

As a DJ you can have different intentions when u play in a club, I have this one sub-aim: Preparing a bag were every track bangs the floor, no matter wich style. I Give a fuck on attitudes or coolness.

You released most of your tracks on the great Belgium label We play house Recordings. How did that connection arise?
Around 2007 I was working on several tracks where I didn´t knew if I was confident with or not. One of them was Gare Du Nord so I send that track to a friend from Belgium, he said he has a friend with a label blah blah, so many people have/had friends with labels, I didn’t expect anything after that. But this friend liked my style and asked for more. He got more and signed WPH 005.
A huge impact to me cauz I never expected to release music on 12” at any time.

This was the beginning of a deep relation musicwise and WPH became my homebase because we share the same intention with music (…).

We’ve seen some crazy videos of you, playing shirtless and banging out some really ruff Techno. Do you still take these kinds of records out sometimes or did you get more mellow over the years?
Ha, that´s a good one: I always was mellow, deeper House has been my roots since ever, it doesnt make sense to drop some names, lets say L1VE Treibhaus with Steffen Irlinger & Ingo Sänger 1995-2001, those guys teached me soul. But there was also BBC with Steve Mason, I was always very interested in music and it´s a subcultural thing, no matter wich style.
Later then, me and some friends organized illegal Off-Location Parties, they made a legal club afterwards were I became resident but my mellow vein became dry cauz the people wanted techno.

The video you talk about was recorded at Juicy Beats 2006, we hosted a floor and got recognized as a tecnoish-club…
Long story short: I always was mellow and I will be, but I like it also when it bangs at any corner.

You are also working as a photographer and I think a very special project of yours is A Number of Names, where you went to Detroit and photographed people like Rick Wade and other house legends. Can you tell us a bit about the project?
This was for my final diploma. I studied Communication Design, sprich Fotodesign. My aim was to finish that class with a work of which I could still be proud of when i´m on the couch in my sixties. Electronic music from Detroit gave me something from the very first moment when I heard it so I wanted to investigate the reason for that specialty in the sound. I tried to capture a certain feeling wich I hear in the music, I wanted to know how the city influences it´s people who are making music there. That´s pretty personal to me, even more as a fashion-shooting where you use 16 Flashlights, well known models, blah blah… So, I am a photographer. With a big love for music.

Any upcoming releases / projects we should be aware of?
If God wants there´ll be two releases on WPH before the summer. I don´t wanna take the magic, lets say there are certain traxx on Discogs wich cost stupidly way too much. The label does a re-release with three of these traxx.
A 4-track EP, the fourth is one of the most played traxx by the labelholder, a remix I made for some french guys last year.

I got some nu gear and I´m lookin forward to find some time to plug it all, there are some requests were it´s too early to talk about, lovers gonna cry.

Be aware of the hook!