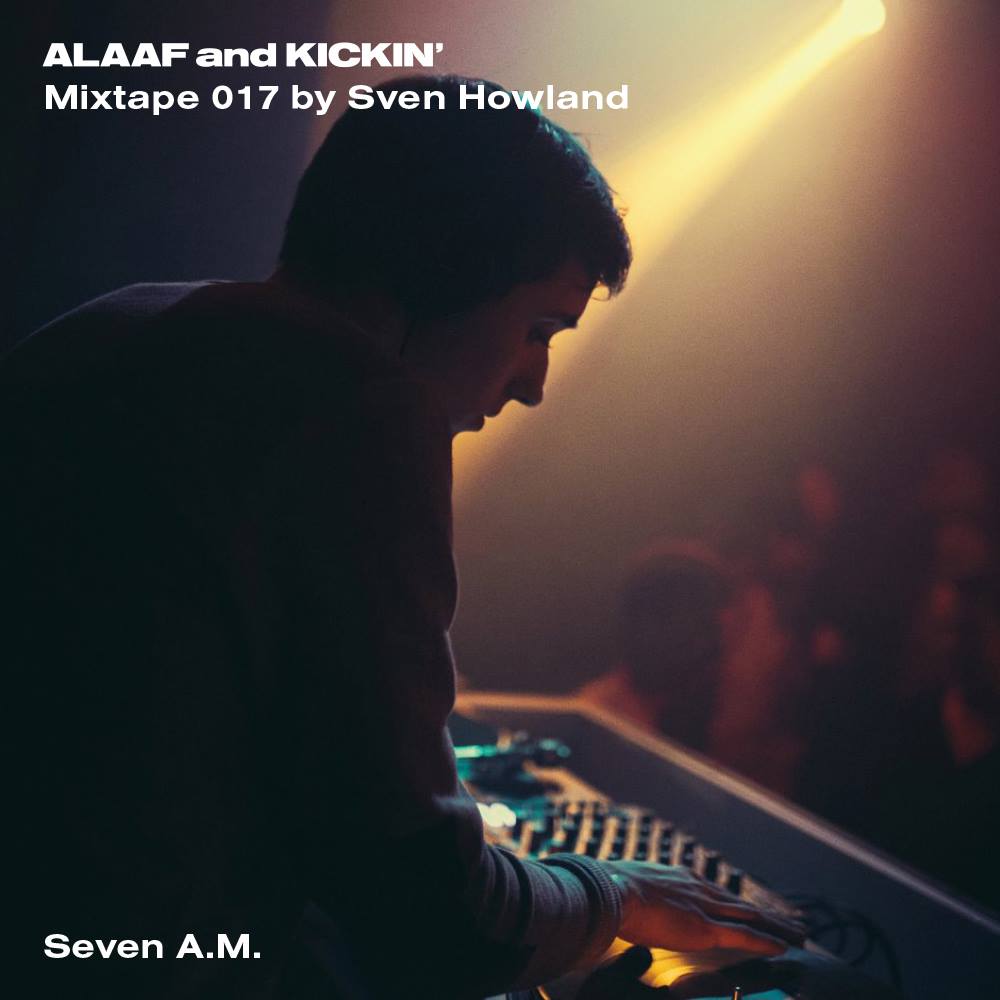 This months Guest-Mixtape comes from one of Cologne’s top young-gun’s: Sven Howland. Sven was about 4 years old when Tobias Thomas and Michael Mayer were about to turn Cologne’s nightlife upside down with their legendary TOTAL CONFUSION party at Studio 672. Now, 16 years later, Sven is a resident DJ just at that party and has played alongside great artists such as Motor City Drum Ensemble, Barnt, Thomas Fehlmann and many more. Sven carries on the idea of the Cologne-school that a DJ-set should mainly be about telling a story, taking the audience on a musical and emotional journey. For his ALAAF and KICKIN’ Mixtape he has chosen some beautiful melodious and spherical as well as some deep and percussive tracks for you to dream, dance, love.

What was you initial idea or roadmap for the mix?
I started by getting all of my current favorite records out of the shelve. Then during the process of recording, I spontaneously added some songs which I did not consider in the first place. So it became a mixture between some of my current favorites and some lovely b-sides.

Can you tell us more about some of the tracks you selected?
There are two tracks in the mix that I especially like to listen to. One of them is “Silver Chalice” by Golden Teacher (Optimo Music). The mixture of wild drums and synth sounds creates a real special flavor.
Then there is the Roman Flügel Remix of DJ Kozes “Amygdala”. I think that Koze produced the best album of the last year – and just recently the Roman Flügel Remix was released. The track is building up very slowly and creates an incredible aura in the process.

You´re only 20 years old but have already been a resident at one of Colognes most prestigious partys TOTAL CONFUSION for two years. How did it get to this early knightly accolade?
It all happened really fast. I had just recorded and uploaded my second mix “Howland”. Shortly after it Tobias Thomas commented on the mix and said he really liked it, which of course made me very happy. Right after that I received a mail from Tobias in which he asked me if I would like to play at the annual Karneval-Open-air party at Aachener Weiher. I had never played in front of a big crowd before that day, but then I was just like: What the hell! Well, seems like it has been the right decision.

How did Cologne and the KOMPAKT label influence your musical taste?
Already at the age of 16 I used to sneak in at the TOTAL CONFUSION party at Bogen 2 which was always really special to me back then. I discovered something totally new and fresh there and these experiences definitely had a huge impact on my musical taste. Another important influence where the guys from Aroma Pitch with their openair parties (the infamous Sun Wanted) and then, later on, at Cologne Sessions.

You´ve already played a lot of warm-up sets and therefore had the chance to hang out with some great artist. Is there anybody who impressed you not only as an artist but also personally?
Danilo (Motor City Drum Ensemble) and Thomas Fehlmann really impressed me. I had a very interesting conversation with MCDE when we had dinner before the party – he is a very open and friendly person.
In case of Thomas Fehlmann I was just stunned by the energy and the passion of the man. Being 57 years old he still puts on a live-show which blasts you away!