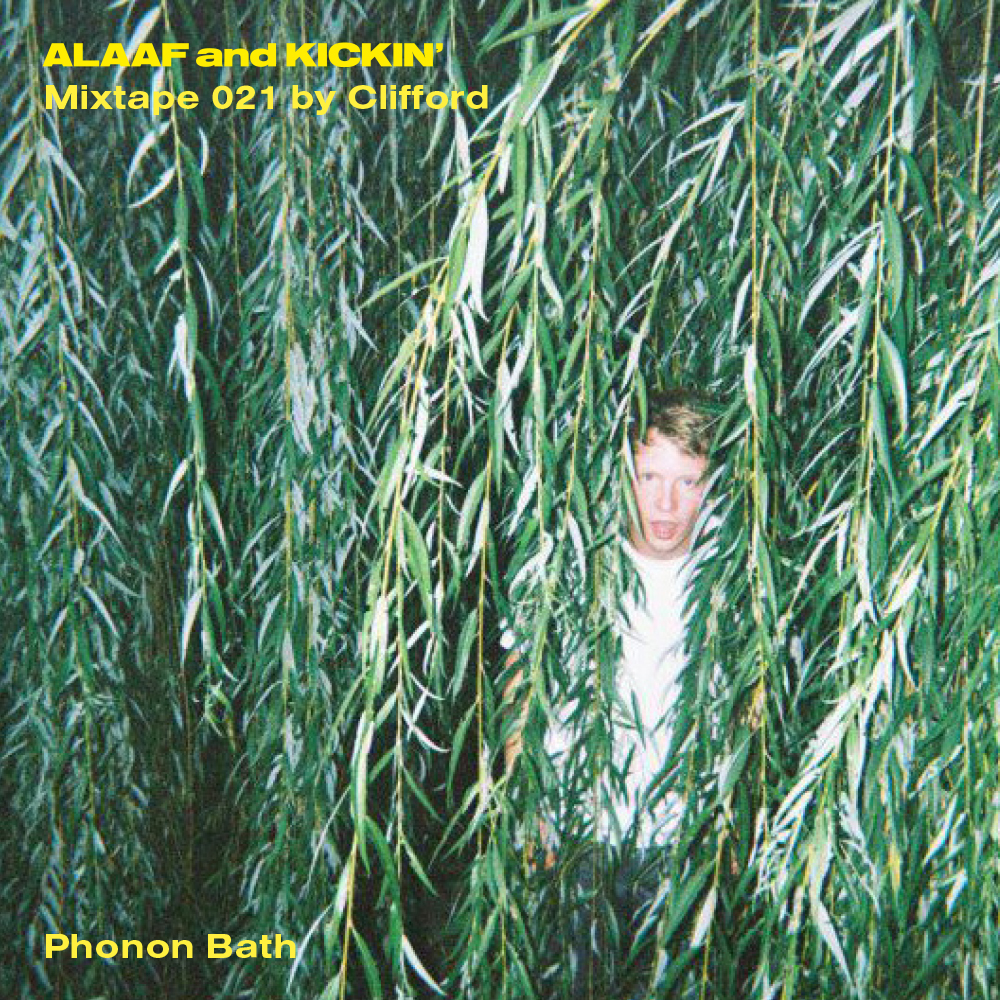 Clifford moved from one of the rainiest countries in the world (Scotland) to probably the rainiest city in the galaxy (Cologne) in order to study a rather dry subject: physics. His record collection seems like some form of compensation: Warm beats, tons of soul –  and a huge amount of sexeyness! Clifford may not have been a DJ for a long time, but don´t let yourself be fooled by that: The man is a walking encyclopedia on funk, italo-disco and house – the kind of guy that actually makes you feel ashamed when you have a chat on music with him. He proves his great taste in his monthly radio-show “Fife Trax” on 674FM. We now have the special honor to present his ALAAF and KICKIN´ Guest-Mix – a straightforward and raw house tape, which is nevertheless: funkey as hell. Thank you, Clifford!

What was your initial idea or roadmap for the mix?
Since you’ve mostly heard me playing disco in Köln, I wanted to take the chance to bang some house out. I picked out around 50 of my absolute favourites and played around until something resembling a coherent mix appeared. I wander into some tougher Chicago acid/909 territory which maybe isn’t everyone’s taste, but hopefully they’ll hold on till the happy ending.

Can you tell us something more about certain tracks you selected?
I think it’s worth knowing who produced a few of the tracks here, for example Wayne Gardiner, Rheji Burrell and Ben Cenac. I would say these guys made some of the most beautiful house music there has ever been, back when ‘deep house’ actually was emotionally deep. I think those 3 are from New York/NJ but you’ve got a few Chicago legends in there too: Parris Mitchell, Tyree Cooper, Thompson & Lenoir, Joe Smooth of course. I don’t mean to disrespect the modern electronic scene or to sound clichéd, but the ‘85-‘95ish period was on a different level, in my opinion at least. I guess this opinion is (unintentionally) reflected in my selections for the mix – aside from the Restoration track, everything is pre-1995.

What does the House- and Club-scene in Scotland look like?
Scotland as a whole is maybe a bit quiet but Glasgow makes up for it. I’m just looking right now at what’s on this weekend… Pearson Sound, Matthew Herbert, Space Dimension Controller, DJ Sprinkles and (funnily enough) Lena Willikens. And it’s like this nearly every Friday, Saturday night – you’re spoilt for choice. Not just the names but the clubs themselves are excellent, usually with the typically friendly Glaswegian atmosphere. There’s even an italodisco scene! I do miss it…

You´re doing a radio show on 674FM twice a month called “Fife Trax”. Would you tell us a Little bit more about that?
It’s amateur radio, done for the love of it. If I only ever got to play bar/club music I’d go crazy, but on there it’s whatever I feel like, be that New Wave, italo or militant techno. There’s also a good community within the station. I’ve already learnt quite a lot from the other show-hosts, many of whom have been playing and record-collecting for 20+ years.

All in all: Does Cologne treat you well?
It does, it does! I chose to study here because I found the people to be more open and warm than in other German cities, and I think this was right. As for music, yes I miss Glasgow but there’s a lot happening here too, plenty of talented DJs and musicians. Plus, Köln has the better record shops, thats an important point! Wenn mein Deutsch besser wird, würde ich vielleicht gerne hier bleiben…