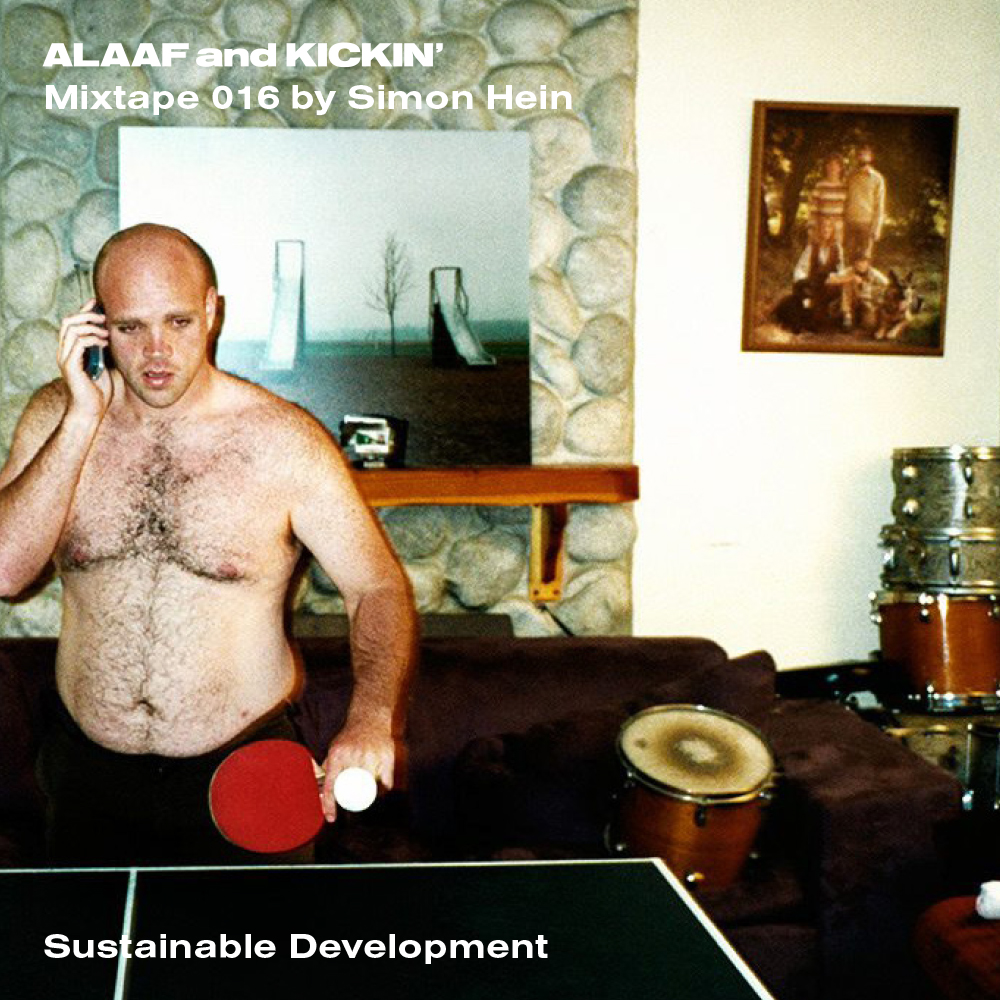 Simon Hein actually wanted to become an engineer but then his parents asked him to get a save job so he started DJing four years ago. We’re very happy he did, since Simon brings in a well needed portion of roughness into our gang. Being the most friendly guy you can imagine, Simon lives out his evil side behind the turntables, dropping raw and powerful underground tracks from labels like L.I.E.S., Wild Oats, Don’t be afraid and so on. His affinity for mathematics shows up in his precise mixing-technique and his very original mode of sorting records (via BPM!). Simon will make you sweat this Friday at Etepetete Beatgekitzel in Cologne. As a lil’ amuse-gueule check out his fantastic 60-minute mix: ALAAF and KICKIN’ No. 16!

What was your initial idea or roadmap for the mix?
I wanted to create a mix that sounds grounded, motivating and really electronic. So I selected about 30 new and relevant records of which I thought they would meet these requirements. During the recording I decided spontaneously which ones to use and in which order to put them. In the end the mix got somewhat rougher than intended, so I think you can enjoy it most while working out or driving on the Autobahn.

Can you tell us more about some of the tracks you selected?
The first track I want to mention is called ‘The Life Beyond This World’ produced by G Strings (25:00 – 28:30). It’s a really strong piece of hypnotic Ghetto Tech. The bass is constantly punching you and makes it very hard not to move. ‘Warning! This Music Is Very Motivating! Beware!’ is printed on the cover. Yep, I’ll sign that! MGun’s ‘The Race’ is an evil beast (46:30 – 50:30). You need the right attitude for this one. Otherwise it will probably scare the hell out of you if you listen to it on a big sound system. After all that rough stuff I wanted to end the mix with something nice. Urban Textures ‘Voltaic’ is 5 minutes of pure bliss (57:00 – 1:02:16).

Your first mixtapes (back then as DJ Schwimmbutz) sounded much different from the sound you’re playing today. How would you evaluate your development as a DJ?
I would say that DJ Schwimmbutz was just beginning to recognize how big the diversity of electronic music or house music is. I used Virtual DJ to put these mixtapes together. It was just fun. Then my roommate Tim brought along an old record player and I started to collect some vinyls. Meanwhile we headed to the Cologne Sessions once a month, which definitely influenced my taste in electronic music a lot. So I got to know more and more about house music. Throughout this process I accumulated several records of which I’d say retrospectively: This is quality.

You’re studying engineering at RWHT Aachen. Most people would probably say that maths and constructing are a complete antithesis to House music. Would you agree?
I think one of the basic ideas behind house music is that it’s made for everyone. I wouldn’t say that you can’t be into house music and engineering at the same time. Kerri Chandler once said that he probably would have become an engineer if he wasn’t a DJ. And he is not the worst one, is he?

What was your greatest experience as a DJ?
My greatest experience was probably last summer, when Hugo and me performed at a beautiful open-air party at ‘Schräge Wiese’. I wasn’t expecting much but then the party turned into quite a nice rave. I played about 10 hours and from a certain point it felt like I could play whatever I like. Everyone had a good time.

Who was the last DJ that really impressed you with his performance?
I think that was in fact DJ Yogo from Tel Aviv at Cologne Sessions. He blew the crowd away with some really powerful house music.